Rhinoplasty for a Hump – Should the Nasal Tip Be Lifted?

When it comes to the face, balance and proportion is key to obtaining natural results.  The face must be evaluated as a whole. Treating just one part and ignoring the others is a myopic view and does not lead to the best possible results. The idea of this is VERY important when considering facial rejuvenation surgery, such as a facelift. It is equally as important when performing rhinoplasty surgery.

There are cases where the tip of the nose will raise up when the hump is removed, however I find this to be the exception, not the rule. I believe that this is only true in a very small percentage of cases and the surgeon must always be prepared to address the tip once the hump is removed.  Case in point…This woman had a rhinoplasty by another surgeon to reduce her nasal hump.  She was told that the tip would lift up and did not need to be addressed.  She came to me to have this corrected. Notice how much better the nose looks once the tip is lifted… 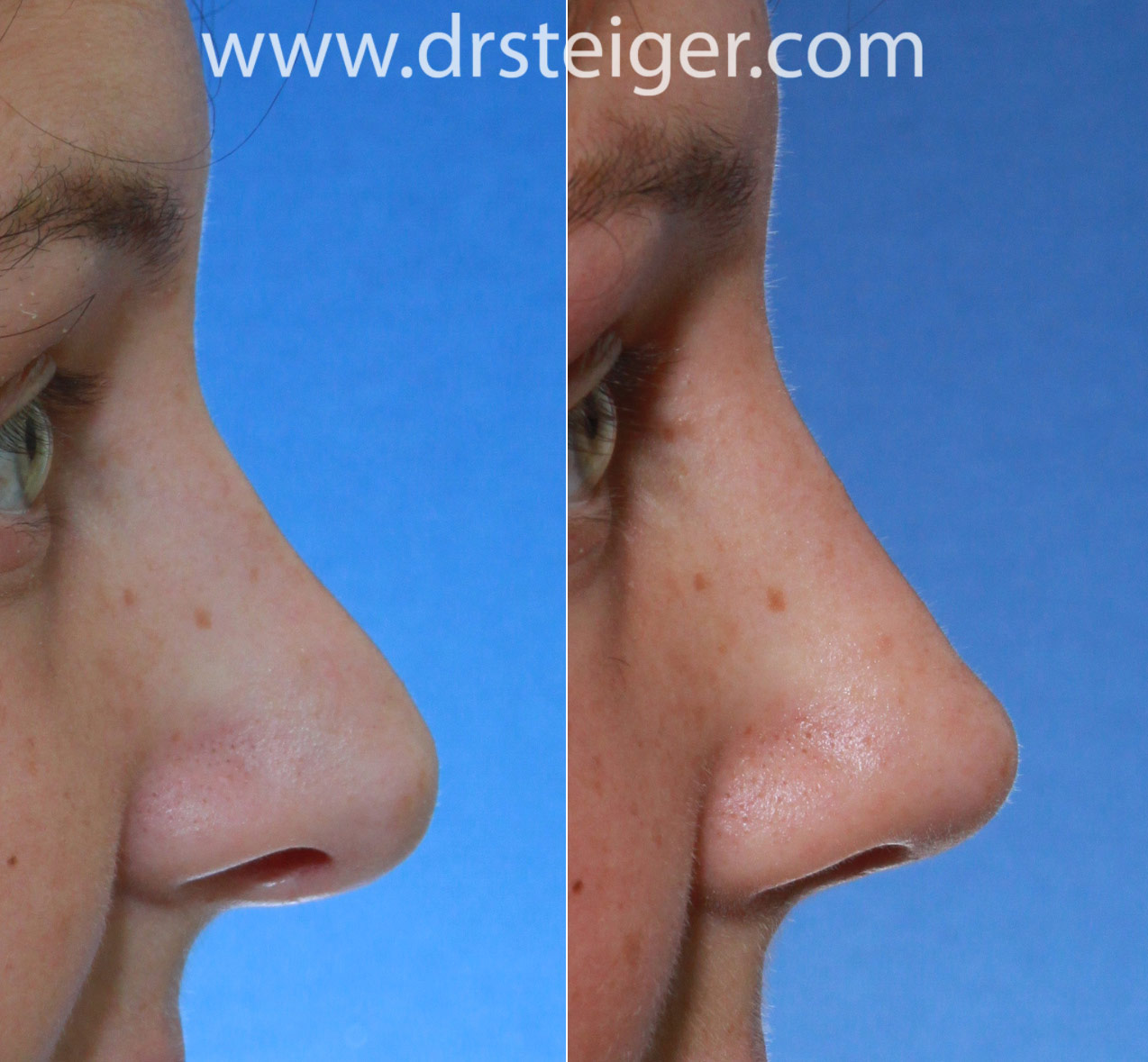 Below is an example of a patient who had a nose job and these photos are taken during her rhinoplasty surgery.  In the first step (top photo to the middle photo), the nasal hump was carefully reduced. Notice the tip of the nose looks droopy. The tip did not lift, and actually droops more because the hump was holding it up. While the results may be satisfactory to some after surgery, I aim to achieve the BEST possible results.  The tip was then addressed by lifting it and adjusting the tip to the position of the new dorsum.  In the bottom photo you see the nose after this had been done. This is a dramatic overall improvement and results in the best rhinoplasty result possible for her nose.

People often worry that lifting the will make the nose look unnatural.  This is far from the case.  Lifting the tip of the nose the right way makes it look more natural.  It is important to seek out a rhinoplasty surgeon who is an expert at nasal surgery. Tip refinement is a skill set and art that is mastered by a small group of rhinoplasty specialists.

Dr. Steiger is an expert Rhinoplasty surgeon located in Boca Raton, FL.  See more of our before and after Rhinoplasty photos.