Otoplasty (Ear Pinback) Before and After Photos

Otoplasty for a Female 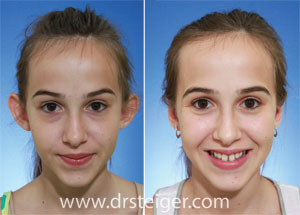 Otoplasty for a Male 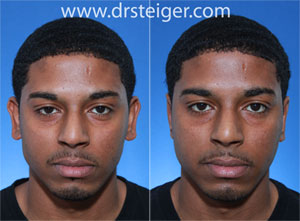 Goals: This patient was bothered by his protruding all of his life. This had been the source of ridicule as a child and he was finally able to repair the ears. Otoplasty was performed to reshape the top portion of his ears, as well as to tuck in the ear lobe, which stuck out as well. A natural appearing result was achieved and he is seen in these photos before and after otoplasty.

Otoplasty for a Teenager 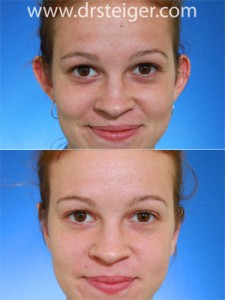 Goals: Otoplasty was performed in this female using cartilage sculpting and cartilage removal techniques in order to achieve the most natural possible appearance. She is seen here 3 months after her surgery.

Otoplasty for a Young Woman 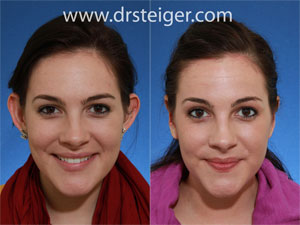 Goals: This young woman had her otoplasty procedure to pin back her ears. She was bothered by this her entire life and was able to have this procedure before starting graduate school. Watch her otoplasty video journey.

Otoplasty for a Female 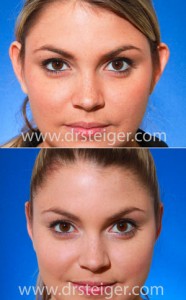 Goals: This woman had otoplasty to improve the appearance of her protruding ears. Before and after otoplasty photos show the results of the procedure approximately 7 months after surgery to pin back her ears.

Dr. Jacob D Steiger MD is board certified by the American Board of Facial Plastic and Reconstructive Surgery and the American Board of Otolaryngology- Head & Neck Surgery. He practices in Boca Raton and Delray Beach, Florida treating patients from Palm Beach, Ft. Lauderdale, Miami, as well as patients from all over the US and from around the world.

See More Otoplasty Before & After Photos