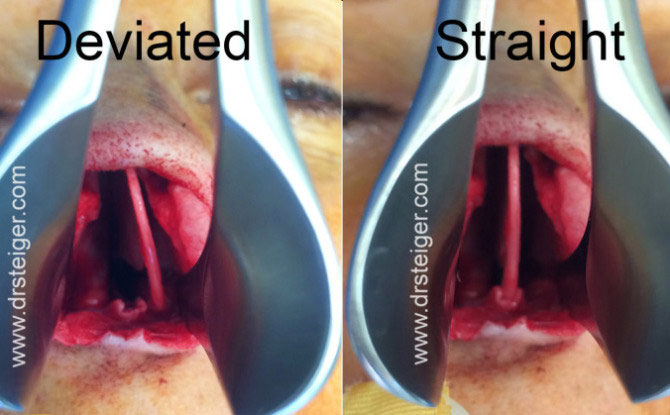 What is a Deviated Septum?

Understanding the nasal septum is an integral part of having a comprehensive knowledge of the nose when performing rhinoplasty.  Performing excellent rhinoplasty surgery necessitates this knowledge in order to achieve the best results.  In some cases, deformities of the nasal septum can contribute to a change in appearance of the nose.  In many cases, the septum does not affect the appearance, but in ALL cases the septum is the foundation of the nose and thus the foundation of good rhinoplasty.

Since the septum separates the two sides of the nose, if it were to be severely crooked or deviated, it can affect your ability to breath through your nose.  This is because the amount of air that passes through your nostrils can be slowed down or blocked by the deviation in the septum. Depending upon where and how severely the septum is deviated, will determine if it gives you a problem breathing through your nose.  So while most people have some deviation to their nasal septums, only a small percentage of people are actually affected by it. This is because most septal deviations are not severe enough or are in a part of the nose that does not impact nasal airflow.

Since the bottom (caudal end) and top (dorsum) of the septum are the only parts of the septum that affect your nose’s appearance, most deviated septums do not affect the appearance of the nose.  However, if the dorsal septum (bridge of the nose) is very large, then you may have more of a hump on your nose. On that same token, if the dorsal septum is missing (usually from some type of trauma or previous nose surgery) then you can have collapse of that part of your nose.

Visit our before and after rhinoplasty photo gallery to see pictures and learn more about rhinoplasty. 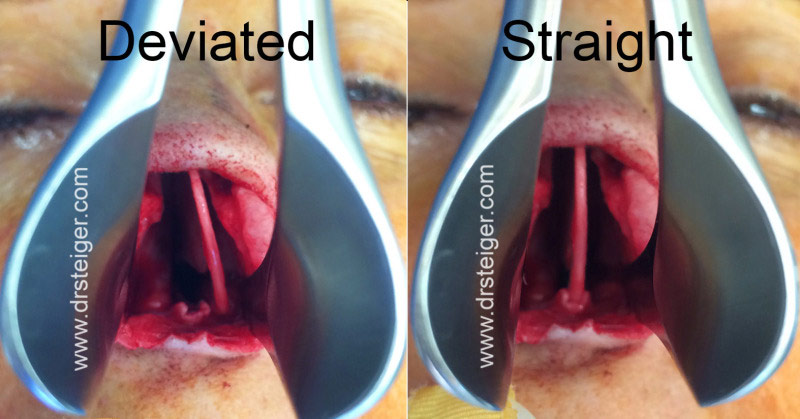