Nuances of Profile Management- The Radix

The nasion is a depression at the root of the nose corresponding to the nasofrontal suture. The sellion is the deepest point of the nasofrontal angle at the intersection of forehead slope and the proximal nasal bridge. It is the soft tissue equivalent of the nasion. Centered at the nasion, the radix defines the nasal root and represents where the nose has its origin from the glabella. It extends inferiorly from the nasion to the level of a horizontal line passed through the lateral canthi. The radix extends superiorly from the nasion for an equivalent distance (Fig. 5). The radix is defined by its height and vertical position. At the nasion, the height of the radix is ideally between 9mm – 14 mm as measured from the anterior corneal plane.1 When projection of the radix is less than this range, the authors refer to this condition as a low radix. The vertical position of the radix should lie between the level of the supratarsal crease and the superior eyelid lash line.2 When the vertical position of the radix is inferior to the superior lash line, the authors refer to this as a caudally positioned radix. During rhinoplasty, the surgeon’s aesthetic sense will ultimately guide the appropriate position of the nasion, taking into consideration the patient’s gender, ethnicity, and overall facial appearance with particular attention to the vertical height of the face. Ideally, the greater the vertical height of the face, the more rostral the position of the radix. 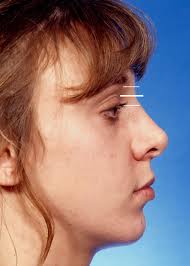 Figure 5 Centered at the nasion, the radix extends inferiorly to the level of the lateral canthus and superiorly by an equivalent distance.

The position of the radix significantly influences the overall balance of the nasal profile. It impacts nasal contour, length, angulation, and height. The radix marks the origin of the nasal dorsum, directly influencing nasal length. Positioning the radix more cephalically has the effect of lengthening the dorsal line, while caudal displacement shortens the nasal length.

Nasal contour is affected by radix position and projection. A “top-heavy nose” is characterized by a rostrally positioned and often over-projected radix with an obtuse nasofrontal angle.5 This is always associated with an over-projected bony vault that causes the casual observer’s eyes to be drawn toward the nasal bridge and away from the tip. On the other hand, an under-projected or caudally positioned radix usually diverts the observer’s eyes towards the nasal tip, particularly if the nasal base is wide. This combination of a wide nasal base and a narrow under-projected or caudally positioned radix creates imbalance between the cephalic one-third and the caudal one-third of the nose. A nose with this type of configuration is labeled as “bottom heavy”. Depending on its position relative to the dorsum, a low radix may also impart a scooped appearance to the nasal profile or portray the illusion of a pseudo hump.
Page 1 | Page 2 | Page 3 | Page 4 | Page 5 | Page 6 | Page 7 | Page 8 | Page 9

See More Rhinoplasty Before & After Photos